How to Be a Buff… 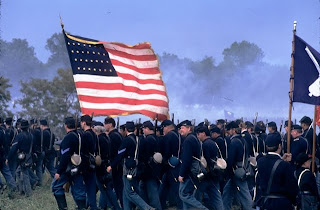 eorge: I’d love to be a Civil War buff. What do you have to do to be a buff?
Jerry: …Well, sleeping less than 18 hours a day would be a start.

It would be difficult to overestimate the strange appeal that the Civil War holds on some people. Historian Ken Burns notes that more than 50,000 books have been written on the conflict. There are obscure books on the buttons of the Civil War, the horses, even the weather. There are eight Civil War magazines and hundreds and hundreds of Web sites. 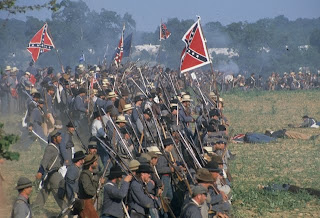 Each summer, tens of thousands of people wear hot, itchy wool uniforms to re-enact battles, while millions of tourists visit more than 600 preserved Civil War historic sites that stretch from New Mexico to Maine. Go to any Barnes & Noble and there are almost as many Civil War books as there are self-help books.

For many baby boomers, that defining moment started in 1960 with the onslaught of Civil War memorabilia that accompanied the 100th anniversary. 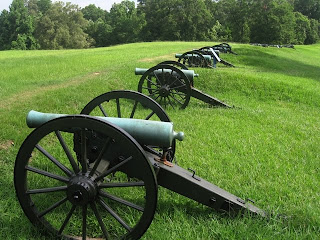 The popular Landmark history books in every school library took you to exotic-sounding places like Chickamauga and Chattanooga and to bloody battlefields with names like the Devil’s Den, the Slaughter Pen, Little Round Top, the Hornet’s Nest, and of course, always, the defining moment of the “Lost Cause,” Pickett’s Charge.

But it wasn’t all toys and games. On television every night, the Civil War that divided the country a hundred years before was still dividing the country in an increasingly violent confrontation over Civil Rights. The pivotal year of the Civil War that saw Gettysburg and Vicksburg – 1863 — was mirrored a hundred years later in 1963 with the “March on Washington,” Martin Luther King’s “I Have a Dream” speech, and the assassination of President John Kennedy.

Well, it’s all about to begin again. The 150th Anniversary of the Civil War that kicks off in 2011 is likely to see even more books, articles, movies, documentaries, re-enactments and memorabilia than we saw 50 years ago. So get ready. Grab some hardtack, download “Dixie” on to your iPod, and take a crash course on 10 ways to be a buff.

1. Walk the battlefield of Gettysburg 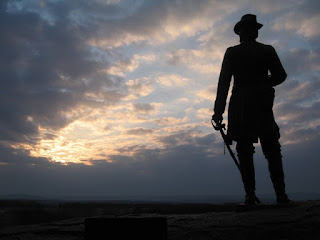 Brilliant leadership at the national park has led to an attempt to re-create exactly what the land looked like on July 1-3, 1863. Forests that grew up are being clear-cut, orchards are being replanted and 40 miles of picket fence have been replaced. 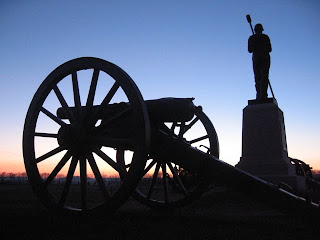 An incredible new museum and visitor center have been built near the site, while the old one – located actually on the battlefield – is being torn down. All of this makes Gettysburg the one “must” visit. Every true buff has walked the sacred ground of Pickett’s Charge and stood beside Warren’s statue on Little Round Top.

Gettysburg is a two-hour drive from either airport in Washington and is a major tourism site with 2 million annual visitors, dozens of Civil War shops and attractions, and all the amenities. There’s a great tavern in town, the Dobbin House Tavern, that dates back to 1776. The downstairs bar has candles, stone walls, great sandwiches and local beers. http://www.dobbinhouse.com/ Plan at least two days to see it all. http://www.gettysburg.travel/ The book for most Civil War buffs is the 1974 Pulitzer Prize winning novel, “The Killer Angels” by Michael Shaara. This book has launched more buffs than any other, including Civil War superstar Ken Burns. You can’t be a true “buff’ until you can say this is one of your favorite novels. After that, there are 50,000 other books to choose from, depending on your interest. Many pick Pulitzer Prize-winning The Battle Cry of Freedom by James M. McPherson, considered to be the best single volume history of the war.

3. Watch the 680-minute long documentary: “The Civil War – a Film by Ken Burns” You may feel like you fought and lived through the entire Civil War by the end, but you can’t be a “buff” until you see the final credits.

4. Research Your Ancestors…or someone else’s 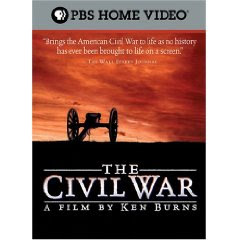 Three million Americans fought in the Civil War. For the first time in any major war, almost all of them could write – and they did. One reason there are so many books on the subject is that almost every soldier kept a diary, wrote letters or lived long enough to dictate or even type their memoirs. If you’ve heard stories of a Civil War ancestor in your family tree, you’ll need three things to trace him: his name, which side he fought on, and the state in which he enlisted. There were amazing bureaucrats back then who kept meticulous records and you can find out many things about your relative’s history. Go to: http://genealogy.about.com/od/civil_war/a/ancestors.htm for tips. No relatives in the war? It’s still helpful to read a first person account to get an up-close look at the conflict and an idea of the day-to-day life of a private solider. “Co. Aytch” A Side Show to the Big Show by Sam R. Watkins, Private C.S.A. is considered the classic and can be both funny and sad, often in the same sentence. 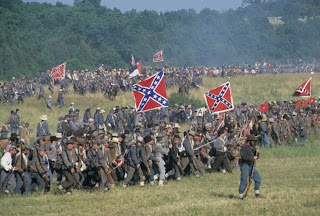 Yes, many of the re-enactors are old, overweight and odd, but put 15,000 of them together, add 100 cannons, 500 cavalry charging on horses and state-of-the-art pyrotechnics with explosions both on the ground and in the air, and you have a spectacle that outdoes any movie ever made.

Major re-enactments on big anniversary years like 125th and 140th have seen as many troops on the field as were in that part of the actual battle, with 100,000 spectators looking on.

Nothing in the past will top what’s coming up for the 150th. Go to: http://www.campchase.com/, the monthly magazine for re-enactors, to learn more.

Some tips on attending re-enactments: be prepared for traffic and long dusty walks on dirt roads. There are no perfect seats because the re-enactment may stretch over ground more than a mile long, but the spectacle is unforgettable and worth the hassle.

One more thing — be prepared to come home with a Civil War sword, pistol or blue or gray k 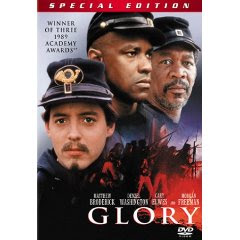 epi, the French style cap worn by both sides. There are 500 sutler tents at the big re-enactments, selling authentic reproductions of everything from buttons to belt buckles and it’s nearly impossible for a real buff to resist buying something.

Here’s a sutler site to give you an idea: http://www.milkcreek.com/. Every state tourism office is also preparing for the sesquicentennial; Virginia is the most advanced at: http://www.virginiacivilwar.org/

6. See a movie
From Glory to Gettysburg, Gone With the Wind to Ride with the Wind, the Red Badge of Courage to Cold Mountain, Wikipedia lists 70 Civil War films worth watching: http://en.wikipedia.org/wiki/Category:American_Civil_War_films

7. Subscribe to a Civil War Magazine
There are eight dedicated Civil War magazines and many more military history magazines that have articles on th

The Civil War Trail system started in Virginia and has now expanded to Maryland, Tennessee, West Virginia and North Carolina with more than 800 new historic signs erected that let travelers follow major campaigns of the war. You can cross Virginia following Lee’s Retreat to Appomattox or march alongside Lee as he invades Maryland in the Antietam Campaign. You can even follow obscure historical oddities such as the escape route used by John Wilkes Booth after he assassinated Abraham Lincoln. The tours are part “road rally,” driving across countryside that has changed little since the Civil War, looking for road markers that will direct you down a maze of farm roads to some forgotten cornfield that was once the site of a skirmish where men fought and died. Brilliantly produced color maps and driving guides are available for free, or can be downloaded at the absolutely terrific travel site: http://www.civilwartraveler.com/. This is the place to find everything Civil War in 28 states.

9. Buy something from the war

All buffs have something from the war to bring them closer to it. You can own a minie ball (the three ring rifle bullet that most soldiers fired) for a few dollars, but there are authentic photos, buttons, insignias, Confederate money, diaries, signatures, uniforms, weapons and letters galore. No one ever threw away a souvenir of the war and they have been handed down and sold and re-sold for 150 years. Rummaging around a Civil War artifact shop (there are dozens of them in the South) can be fun and illuminating. 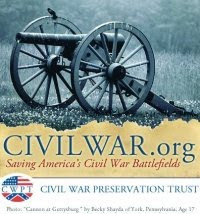 10. Save a Civil War battlefield The war was fought at an estimated 10,000 sites; only 20 percent of the major battlefields have been preserved – the rest are unprotected or already destroyed by housing, industry and roads. Experts say another acre of hallowed ground is lost to development every hour. The Civil War Preservation Trust, http://www.civilwar.org/, has saved 25,000 acres of battlefields in 19 states. A membership not only helps preserves these historic sites, but includes a subscription to their excellent magazine, Hallowed Ground.